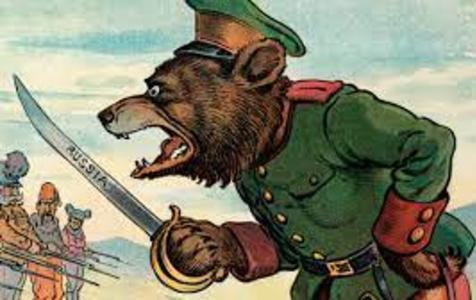 The brutal invasion of Ukraine at the hands of the Kremlin Dictators -- whose paranoid leader "Mad Vlad" Putin has been declared a War Criminal -- revives memories of Hitler.

Indeed, across the globe, Putin has been given a painted mustache to resemble Hitler!

Millions of Free People accuse the PARANOID KREMLIN of INFLATED FEARS of Ukraine's military -- while RUSSIA ITSELF has invaded Crimea, Donbass, Georgia and Chechnya.

The world demands that RUSSIA ABANDON its centuries-old habit of despised and PRIMITIVE AGGRESSION.  Under the popular Mikhail Gorbachev, the world celebrated Russia's peaceful departure from Eastern Europe and other conquered nation-states.

Under Gorbachev, the world applauded Russia's post-1991 integration into the Global Economy. The popular Gorbachev allowed Democracy and Market Economy to flourish.

Although Russia suffers autocratic rulers In 2022, many hope the nation will soon evolve a POPULAR NEW IDENTITY.  The Free World hopes for the real growth of DEMOCRACY and a FREE PRESS within Russia.  The Free World demands that Russia ABANDON HISTORIC MILITARY AGGRESSION -- and GRANT RESPECT to other Nations' SOVEREIGNTY.

Many agree that Ukraine - in order to reduce Russian military fears -- should declare itself a NEUTRAL AND NON-ALIGNED NATION -- akin to Switzerland and Austria.

As the world's physically-largest nation -- with 11 time zones -- Russia certainly DOES NOT NEED any more land for its 146 million subjects. 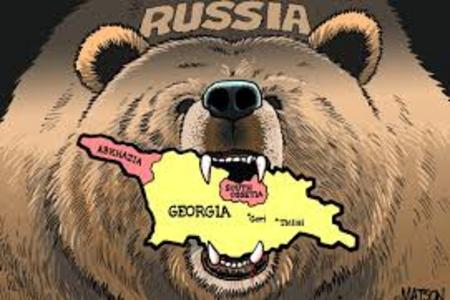 Ukraine, Georgia and Chechnya have ALL been BRUTALLY ATTACKED by Russia.  Some say Russia is jealous of the freedom and prosperity of its former vassal states.  Many wonder why Russia -- the physically-largest nation on Earth with a population of 146 million subjects -- "needs to devour" bordering Free Nations.

Under Dictator "Mad Vlad" Putin, many popular Russian leaders and popular Russian journalists have been murdered under mysterious circumstances.  Many critics have blamed the anti-Democracy Kremlin Rulers for their untimely deaths.