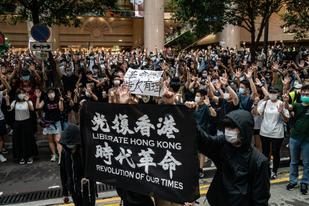 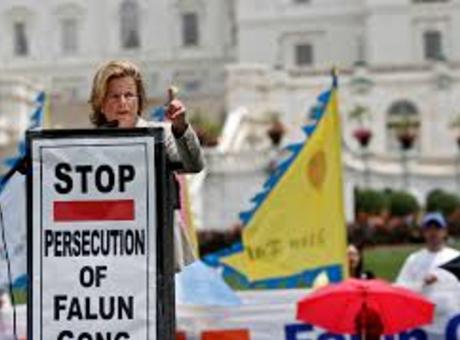 VOTERS:  "STAND UP TO CHINA AND WALL STREET!"

Despite millions of U.S. jobs lost -- with the express support of Congress -- to the murderous dictators of Red China, American workers DO HAVE SOME THANKS IN 2022 to give to The Beltway:  for Federal Help during the COVID-19 Pandemic and Recession.

However, America's nearly-bankrupt workers are OUTRAGED at the out-of-touch Beltway for aiding and abetting the economy of a military rival -- Red China -- while at the same time shipping away millions of industrial jobs from the American Heartland.

Fortune 500 dictators have bought off -- and basically "run" -- the U.S. Congress.  They successfully bribed Trump's Congress to gut the Corporate Tax Rate from 35% to 21%.

Fortune 500 dictators have achieved many "firsts" in American history:

1.  The highest CEO pay in history,

2.  The highest ratio of CEO pay to worker pay in history,

3.  The highest number of non-USA workers building "American" cars, and

4.  The LOWEST TAX BURDEN on major corporations -- IN ALL OF RECORDED HISTORY.

Congress has allowed Red China and the Fortune 500 to restore The Robber Baron Era.

Mainland China's dictators -- stuck in the Middle Ages of Technology until Western firms and investors arrived under President Nixon -- have bribed the Congress to:

1.  Steal millions of supply-chain U.S. jobs, with the aid of Fortune 500 dictators.

2.  Obscure the regime's many horrors.  The Chinese Communist Party (CCP) has:

(a)  Murdered thousands of innocent practitioners of Falun Gong,

(b)  Imprisoned thousands of Christians and Muslims,

(f)  Ripped off Western investors for billions of dollars, through outright fraud,

(g)  Torn down Churches and Mosques, at will, throughout Mainland China,

(I)  Rewritten The Holy Bible and The Koran, for the dictates of The Communist Party.

If Congress restored the millions of American jobs sent to Communist Red China, poor families across the USA would not need stimulus checks, SNAP and other programs.

Voters see no hard-hitting speeches, and no hard-hitting legislation, from so-called "Democrats" and "Progressives" in Congress to regulate Fortune 500 Dictators in 2022.

Hard-hitting media which report the many crimes of Red China and Wall St. include: 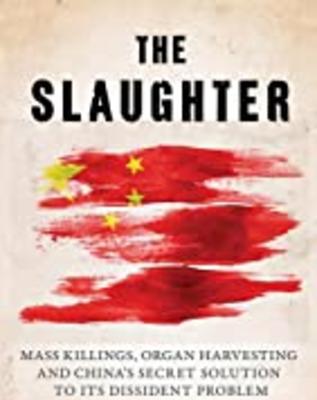 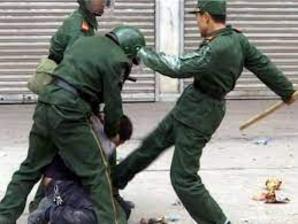 Communist officials have maliciously jailed Christians and executed Falun Gong members. At a hideout (below), children sing for the Early Rain Covenant Church in Chengdu, China. 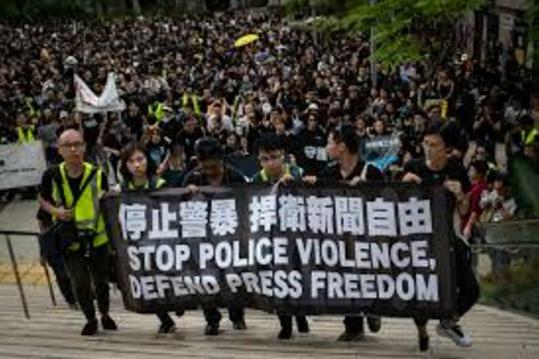 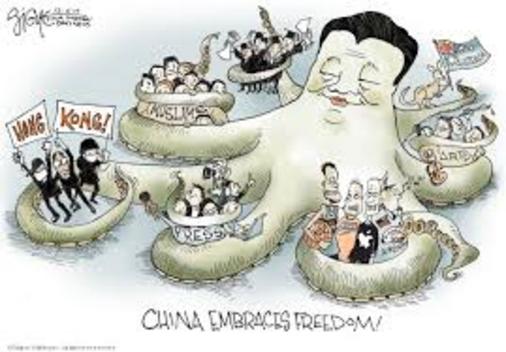 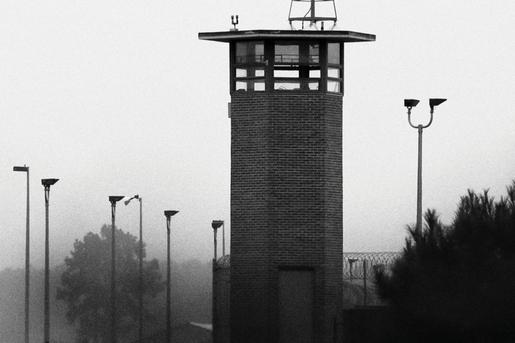 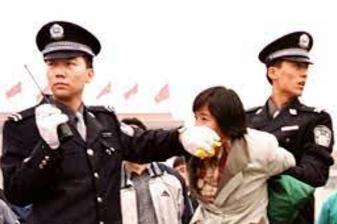 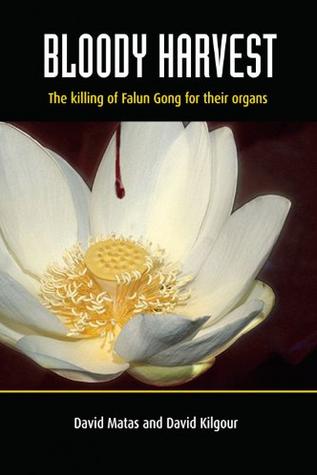 DICTATORS  AND  THEIR  POWER  OVER  CONGRESS

The United States of America, The Commonwealth of Nations, and The Free Nations of the World  -- and not the cruel dictators of Red China -- are globally hailed as "The Leaders of The Global Economy."  Their Democratic Legacy includes:  centuries of progress in Human Rights and Representative Government, cutting-edge Technological Progress, and rising Worker Prosperity.

Red China's horrific and totalitarian dictatorshiop, on the other hand, is a brutal regime of primarily (90%) Han Chinese -- which has brutally conquered struggling minorities (Uighurs, Tibetans, Nepalese, etc.) by grabbing their lands, putting them in jail, sterilizing their people, etc.  Since 1959, Red China has conquered, and committed mass genocide against, The People of Tibet.

Without Western interaction, experts say Red China would still be in The Horse-And-Carriage Era. America's shortsighted Wall Street profiteers have transferred hundreds of billions of dollars of technology into Mainland China.  Wall Street's "high-tech upgrade" of China, however, came in a terrible era of cruel dictatorship, mass censorship, mass murder and subjugation of minorities.

Since 1949, the Communist Dictators of Red China have held a brutal iron grip on the population.

The Communist Party permits no Freedom of Speech, no Freedom of Assembly, and no protests of its unpopular and repressive policies.  The murderous regime of Communist Red China has:

1.  Executed millions of citizens -- without fair trials -- for political and/or minor crimes.

2.  Destroyed dozens of churches and mosques -- with an utter contempt for religious freedom

3.  Rewritten The Bible and The Koran, to "toe the line" of Communist Party dogma

4.  Monitored the cellphone usage, and Internet usage, of Chinese subjects

​9.  Violated International Law to expand its territory (in India, in the South China Sea, etc.)

​America and the Free World are in the process of removing high-tech factories from Red China, and transferring the plants to Asian democracies.  Furthermore, they are now enforcing strong restrictions on any cutting-edge technology sent to Red China.  The regime is infamous for seducing Western firms to come to the Mainland -- only to see their patented technology stolen, and Chinese-run competitors arising to take their place.  President Biden has blasted the illegal business practices of Red China, and many Western firms are now leaving the corrupt regime.

Millions of Chinese subjects -- who are denied The Basic Human Rights taken for granted in Free Asia, the EU and the USA (Freedom of Speech, Freedom of Assembly and Freedom of Religion) -- have been brutally imprisoned for their beliefs by the Communist Party. 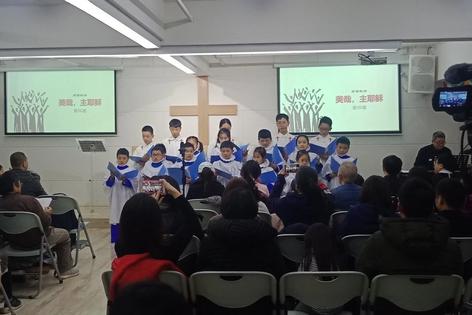 CHINA'S CRITICS:  NOTHING TO DO WITH RACISM 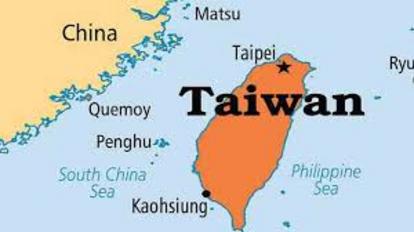 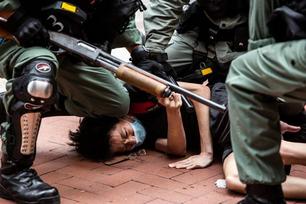 China's unpopular Communist Party falsely claims that critics of China are "racist."  The truth is:  Free citizens abroad who criticize China are EXCLUSIVELY condemning the rule of the non-elected, anti-freedom, and mass-murdering regime of The Communist Party.

Our Federal Government in "The Beltway" has long been hijacked by Big Business lobbyists.

Beltway fat cats care far more about Red China's economic growth -- and quick Wall Street profits from the regime's slave labor -- than they do about the struggling U.S. economy.

Bribed by the Fortune 500, Congress has shown a glaring disdain for The American People:

Americans, who are keenly aware of The Beltway's shortcomings, are angry in 2022.  The cowardly Congress has failed to hold hearings exposing corporate tax evasion, corporate transfer of profitable factories to Communist Red China, and other corporate crimes.

Beyond their anger at Congress, voters are furious at the media for ignoring major issues.
In the media, major issues (affecting working folk) are often completely ignored. Mean- while, stories about a lost pet -- or the latest store burglary -- are "Breaking News."

Major issue:  many firms that relocated to Red China were highly profitable in the USA.

Major issue:  corporate ownership of jails has led to an explosion in the prison population.​​

The U.S. Government -- unlike Japan -- has done little (as yet) to repatriate its high-tech factories out of Communist Red China, and back to Democratic Nations.

However, Congress has belatedly enacted some weak measures against Red China:

1. The bipartisan Congressional-Executive Commission on China (CECC) has urged U.S. Customs and Border Protection (CBP) to block imports from Xinjiang, China -- where products are exclusively made by Uighur forced-laborers in concentration camps.

2.  A bipartisan group of Senators has introduced a resolution calling upon the IOC (International Olympic Committee) to relocate the 2022 Winter Olympics outside of Red China.  The regime's brutal crackdown on Hong Kong dissidents, and its imprisonment of ethnic Muslims (employed as slave laborers) in concentration camps -- according to the Senators -- showed that NO PROGRESS was made on the issue of human rights in Red China since it hosted the 2008 Summer Olympics.

3.  Sen. Cotton has introduced a new bill to sever ties with factories in Red China.

4.  Since 1959, China has committed mass genocide against the People of Tibet.  Responding to strong protests by Allied Asian Nations whose territorial rights have been threatened by Red China, Congress has introduced The FORCE Act in April 2020.

Criticism leveled at Red China has nothing to do with racism.  The deaths of millions of innocent citizens in Tibet, Mongolia and Mainland China -- and their continued suppression by a Communist Dictatorship -- is the reason why millions of people condemn the regime.

For centuries, Mainland China has been ruled by an Emperor.  The new "Emperor," Dictator Xi, is suppressing press freedoms, religious freedoms, and other freedoms as never before

Imagine living in the backward regime of Mainland China, where the cruel dictator:

1.  Tears down images of Historical Figures, to insert the Dictator's image

2.  Tears down images of Jesus Christ and The Pope, to insert the Dictator's image

3.  Tears down Churches and Mosques -- and jails Pastors and Imams -- at will

4.  Tears down Crucifixes and Holy Symbols from religious buildings -- at will

5.  Declares himself, as Emperor, to be "A Living God"

7.  Allows innocent Falun Gong members to be imprisoned, and their organs harvested

Millions of people -- especially in the World's Democracies -- were outraged when America enacted its unpopular "One China Policy" during The Cold War, as a "counter to the USSR."

Voters are outraged at wimpy Corporate "Democrats," who openly cower to Red China's brutal dictators and Wall Street's dictators:  "Send me a campaign check, and these colors WILL RUN."

The globally unpopular "One China Policy" is opposed by millions of people in the world.

Free and Democratic Taiwan is recognized as a Sovereign Nation by 15 countries.

In 2022, Congress is revoking the "One China Policy" with brand new legislation.

In 2022, Congress is revoking the "One China Policy" with guaranteed U.S. aid to Taiwan.

In 2022, France is revoking the "One China Policy" with unanimous Senate support of Free Taiwan's inalienable right to membership in the: (1) WHO, (2), Interpol, and (3) UNFCCC.

Americans and the French are OUTRAGED at Mainland Communist China for its:

3.  Mass imprisonment of subjects for "offenses" including freedom of speech,

4.  Institutionalized brainwashing of Muslims, Christians and other minorities,

5.  Forced and unpaid labor of inmates in concentration camps,

6.  Forced sterilization of "undesirable subjects" including Uighurs and Mongolians.

The Communists have illegally invaded -- and committed mass genocide against -- Tibet.

The Communists have illegally seized and bulldozed millions of private homes.

The Nation of Taiwan, for decades, has enjoyed its hard-won independence from Mainland China.  Taiwan should have been granted national sovereignty by the United Nations in 1945 -- after the U.S. Armed Forces liberated the besieged island from Imperial Japanese Forces.

In the Treaty of 1895, Mainland China ceded permanent control of Taiwan to Japan.  In 1945, America liberated Taiwan from Imperial Japan.  In 1979, America betrayed our very important and high-tech ally -- Taiwan -- by not fighting for its independent status as a Sovereign Nation.

The People of Taiwan want nothing to do with the Dictators of Mainland China.

Mainland China, since 1959, has committed mass genocide against the People of Tibet.

Communist Red China has seriously offended the world, breaking International Law, with its:

Red China is guilty of a globally-unpopular -- and painfully obvious -- parallel to Post-Meiji Imperial Japan's constant bullying of its democratic neighbors with military aggression.

Red China offers nothing new for the modern world.  It has offended the world with its unpaid slave labor, murdered dissidents, illegal breaking of the Sino-British Treaty of 1997, and its Soviet-style and "spy network" government.  China's money-losing "Belt and Road Initiative" -- whose railway network of "trade to Europe and the Middle East" has been a deeply disastrous economic failure -- has forced the godless regime to retreat from its absurd propaganda.